Most voters think that whichever candidate gets the most votes will take the nomination for their party, but the reality is more complex.

More people are hearing about the “contested convention” that looks likely for the Republican Party. Even the Democratic race has seen a similar shake-up: Sanders often takes the popular vote, but Clinton wins more delegates.

As Ezra Klein from vox.com put it:

“This is a year, in other words, when voters on both sides will be looking for reasons to doubt the results of their primaries. And they will find plenty of them.”[1]

In a contested convention for the Republican Party most delegates will be able to vote however they would like. This will probably leave their constituents back at home a little upset if they don’t follow the popular vote. Maneuvering has already been taking place to get delegates who are sworn to one candidate by their State’s popular vote, but who would vote for another candidate in case of a contested convention.

Democrats have super delegates who aren’t tied to popular vote and can cast their vote wherever they see fit. They may “pledge” to one candidate during the primaries and this usually coincides with the popular vote of their state, but it doesn’t have to.

These are just two aspects of the labyrinth of a republican form of government. In other words, a government by delegation or by representation. Every state has its own method of voting for the president, as well as party rules, and how the state itself runs.

The question arises here, are we a government of delegation or a government of popular vote? It seems that the people think it’s popular vote—and get confused, annoyed, and angry when thwarted. But the party leaders and government are living by the rules of representation (granted, this is pretty much by default because they are required by law to abide by these rules).

The people are playing Baseball while the delegates are playing Football, and the rules of the two games don’t mix very well. In the overlap, we’re getting major chaos and only one side can prevail.

Before we continue, let’s take a few steps back and take a good look at these two forms of government.

A pure democracy exists where the majority decides what happens. If 51% of the population wants free health care, then it passes a law and it’s the duty of the officials to make it happen. If 49% wish for slavery, they can’t pass as law because there is no majority.

Things move quickly, and usually vehemently, in a society ruled by solely popular vote. Even Aristotle categorized democracy as a bad form of government. Most of the founding fathers studied many different forms of government as they were putting together the Constitution of the United States. John Adams said:

“Democracy… while it lasts is more bloody than either aristocracy or monarchy. Remember, democracy never lasts long. It soon wastes, exhausts, and murders itself. There is never a democracy that did not commit suicide.”

Think of the book Les Miserables by Victor Hugo, or The Scarlett Pimpernel by Emma Orczy, or any history book covering the French Revolution, and you’ll get the picture of what everyone was so worried about when it comes to democracies.

On the other hand, a republican form of government exists where the populace gets together and votes for delegates or representatives who then decide what laws to establish. Instead of the populace voting for everything, their representatives or delegates take the duty to maintain society through necessary law-making and executing those laws. A classic example of this is the Roman Republic or the Roman Senate.

Another great example of this is our modern Presidential election. Every four years we have a national election—which is partly done by popular vote and partly done by a delegated vote, depending on the state—and a great number of citizens rally around this great cause. Once it is over most people hibernate again until something exciting comes along, like the next presidential election.

If you’d like to know more of what the role of the average citizen should be during this “downtime,” dig into these two books Oliver DeMille wrote for this very purpose:

What Is Our Identity?

When the endgame is unknown it’s pretty much impossible to win. If I’m given a golf ball on a soccer field, and I’m told to make the loop, what am I supposed to do? What if I’m not given any instructions? Am I supposed to be on offense? Defense? Maybe play goalie. Is there even supposed to be a goalie? Am I allowed to block, where am I to focus to help score, do I want a high score or a low score? Is there a scoreboard?!

Not knowing what you don’t know can be very frustrating and stressful, leaving you without any hope of making progress. We no longer seem to be a nation with a unifying identity. A similar thing happened in the 1770’s between the colonies and the British, again in the 1850’s-60’s with the Northern States and the Southern States, also during the 1940’s with bigger government deals as well as global community issues. We’re in another such period; over the next few years we will likely see society shift again in major ways.

Will it be a shift towards more opportunity, success, and freedom, or something worse?

What is the Coming Shift?

It might be too soon to tell, but this presidential race might just be an omen of the coming shift; a microcosm of what the future holds for the “United” States of America.

This disconnect and misunderstanding of how the elections actually work could be the perfect setting for a democratic revolt. The populace might demand, despite whatever laws, rules, and constitutional measures are in place, that government listen to the voice of the people. To do what the people vote for and right away. No more of this arguing, debating, and political maneuvering in Congress. Let’s get it done!

The checks, balances, and the democratic republican constitutional form of government we now see hanging by a thread could very well be severed and swing us heavily towards a government by the whims of men.

Now, because of the numbers, I know many who read this will still be asking: but why is this shift a bad thing? Isn’t it bringing us more freedom? Isn’t it getting the people what they have so long desired? No more ridiculous laws or government officials telling us what we can and cannot do; we will take the responsibility in our own hands!

If men were angels this would probably work out much better, but as history has shown again and again this is not the case. Remember the quote by John Adams earlier? Remember your French Revolution history? Logically we might “know” these things, but still! Look at what’s happening today in our society. The people are being held back as corruption in high places seeps further and further.

Who will win this fight? The corrupting upper crust of society, or the beaten down and squished populace?

Or is there a third option?

Think of it this way: when societies were ruled by the whims of the masses, the leaders that rose to the top were Hitler, Mussolini, Stalin, Nero, and the like. Historically these are the type of men, and women, who rise to the top and gain control. 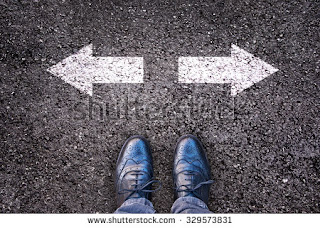 On the flip side of this coin is the rule of the wealthy or privileged. Enter the Feudal Age and the ancient and modern systems of slavery. King Henry the VIII wasn’t elected or put on the throne by a revolution of discontented people, he was born into the position. He was at times just as bad for the people and to the people as the tyrants mentioned before. That’s because these monarchs or oligarchies still rule by the whims of men.

What our Founders did differently—as did every other truly free people in the history of the world—was study freedom deeply, and then build organizations or communities that solved the issues of their time. In other words, they took responsibility to get things done themselves, and they developed their leadership to make sure their ventures and communities would succeed.

What every free people in the history of the world did different was set up checks and balances, forms and processes, and auxiliary precautions to guard against these destructive tyrants, both of the general people as well as the individual tyrant and everything between. It’s safer in the long run to establish laws, rules, and forms that are no respecters of persons. This has been the formula for establishing freedom for generations.

This means the rules of the game must be understood and upheld by the masses. If the average citizen doesn’t, then we’ll quickly learn to vote for any and every benefit we can. Or we’ll have the threat of having our representatives and upper crust of society take power and rule with an iron fist—squashing the general populace.

I’m not saying the current forms and systems are perfect, but we should understand why they were established in the first place. If we throw off the bonds that make us free we will quickly spiral into an era of major losses of freedom and opportunity for generations to come.

Let’s pay the price of understanding the rules of the game to maintain freedom.


[1] “This presidential campaign is developing a legitimacy problem,” by Ezra Klein Vox.com, April 19, 2016